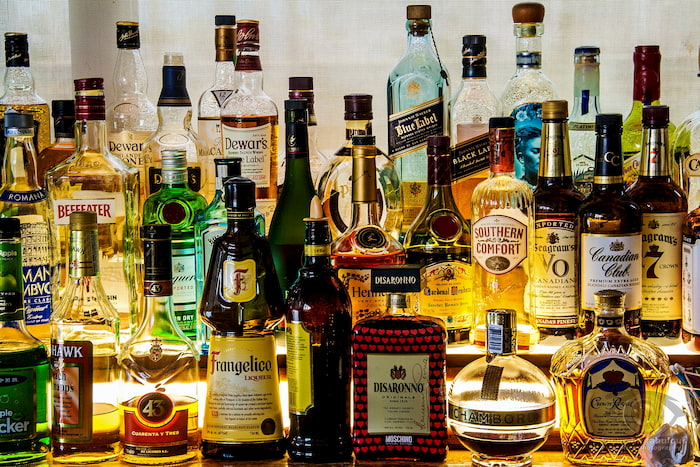 India is one of the largest producers and consumers of spirits globally. Popularly known as a whiskey market, India is one of the largest spirits markets on the basis of volume. Though it is driven primarily by whiskey growth, other subsegments like brandy, rum, vodka and gin have also been posting steady numbers in the last few years. The country’s huge population (1.3 billion strong), rising disposable income and changing lifestyle are expected to keep the spirits demand high for the foreseeable future.

The Indian spirits industry has been growing at more than 12 percent CAGR (Compound Annual Growth Rate) for the decade starting 2001 making it one of the fastest growing markets in the world. Still, in 2019, the industry experienced significant headwinds on the back of slower economy growth.

Whiskey dominates the Indian spirits industry by a very wide margin. In 2018, whiskey’s share of the entire Indian liquor market was about 60 percent on the basis of volume. In value terms, whiskey accounted for nearly 73 percent of the value of spirits sold in the country. Other liquors such as rum, brandy, and white spirits’ share by volume in India is 14 percent, 21 percent, and 3 percent while their share by value is 10, 12 percent, and 5 percent ­respectively. Indian consumers still prefer relatively inexpensive rum and whiskey, but in case of white spirits, the consumers have a preference for a premium product.

The Indian spirits industry is segmented into IMFL (Indian Made Foreign Liquor) and IMIL (Indian Made Indian Liquor). The IMFL category accounts for almost 72 percent of the market. The states of Karnataka, Maharashtra, West Bengal, Odisha, Telangana, Delhi, Haryana, Punjab, etc. are amongst the largest consuming states for spirits in India. The most popular channel of spirits sale in India are liquor stores as its consumption is primarily an outdoor activity and supermarkets and malls are present only in the tier I and tier II cities of India.

A slowdown in economy during 2019 also had an adverse impact on spirits consumption in the country. India was fraught with multiple headwinds throughout year 2019 – lingering distress in the financial services space, muted consumption and cyclical slowdown across industries.

The virus outbreak in March 2020 exacerbated these challenges and India’s GDP contracted by 4.2 percent in financial year 2019-20 (April 2019-March 2020), the lowest growth in a decade. The Government of India has announced several measures to inject liquidity into the economy, limit the impact on vulnerable ­sectors and enhance the pace of recovery. A young demographic base, growing income levels, expanding middle-class, greater preference for premium food and drink experiences and steadily rising social ­acceptance of spirits will continue to drive alcohol demand in the country in the years to come.

Given the current low per capita consumption, favorable demographics and aspirations of the growing younger population, the Indian spirits industry holds great potential for the spirits companies. With a population of 1.3 billion, India is one of the largest consumer markets across the globe. It is also demographically one of the youngest with around 50 percent of its population below the age of 25; and around 65 percent of the population below the age of 35.

Rapid urbanization is expected to enhance disposable income, which is favourable for the growth of the industry. The revival in GDP will give a further boost to spirits sales as IMFL volumes are seen to grow 1.5 x GDP when GDP growth picks up.

According to Boston Consulting Group (BCG), the domestic consumption in India has increased 3.5 times from INR 31 trillion to INR 110 trillion over the decade ending 2018, driven by households that earn between INR 500,000 to INR 2.0 million. BCG estimates consumption in India to further rise and touch INR 335 trillion by 2028, exhibiting a CAGR of 13.2 percent, from its 2018 level. Initiatives like GST and an increasing emphasis on transparency will provide a huge fillip to the organized retail segment, which will drive the spirits consumption further.

The drive towards premiumization of the Indian spirits industry is another important feature of the Indian spirits market. In fact, future growth in the liquor industry in India will be mirrored by continued consumer trend towards premiumization, motivated by rising affluence, globalized outlook, urbanization, progressive lifestyles. With more Indians traveling abroad, rising aspirations, favorable environment for imported liquor and higher disposable income, consumers are upgrading towards premium segments in the country. The rise in premiumization is evident in the ­increased focus of the big players on semi-premium and premium categories with an increase in launches and increased marketing of these categories.

India has been one of the worst hit countries due to the ongoing Covid-19 pandemic. Spirits sales have taken a drastic hit in the country. Liquor manufacturing, ­distribution and retailing in India came to a complete standstill during the nationwide lockdown from March 25th to May 3rd and led to a 17 percent decline in net sales in the country during the year ended in June. While there has been a phased re-opening of the off-trade since May, the on-trade channel – bars, pubs and restaurants – remains closed. During the lockdown, several states also introduced additional taxes and excise duties that have impacted retail prices of spirits in the country.

United Spirits Limited (USL) is the largest Indian spirits company, and the world’s second-largest spirits company by volume. The company has a comprehensive brand portfolio with over 80 brands of Scotch whisky, IMFL whisky, brandy, rum, vodka and gin. 11 of these brands sell more than a million cases annually.

The pandemic has brought about a change in the way Indians consume alcohol. Indian spirits are trying to adapt to the trend to boost their beaten down sales. Amid worries over income losses and price hikes of their favorite brands, spirits consumers are increasingly swigging liquor from affordable, hip-flask-size packs instead of full-size bottles. Shuttered bars and ­restrictions on social gatherings are also affecting demand for large bottles, and for consumption at home, consumers are buying the smaller packs.

The Indian spirits industry operates in a highly regulated industry with state-specific policies which impact industry volumes in some markets. Prohibitively high inter-state duties compel Indian spirits producers to set up owned or contract manufacturing set-ups in every state. Licenses are required to produce, bottle, store, distribute or retail alcoholic products. Distribution is also highly controlled, both at the wholesale and retail levels. In states with government control on pricing, price increase is based on government notifications. In states where retailing is controlled by the state government, there is a specified quota that each player can sell, capping potential to increase market share for their products. These regulations make operations restrictive for the spirits producers in India.

Would you like to share your developments and innovations in the beverage industry with an international audience? Then we invite you to participate in the next drinktec, which will be held in Munich from September 12 to 16, 2022.

This article is powered by Verlag W. Sachon.

The publishing house W. Sachon, headquartered at Mindelburg Castle, publishes nine established trade journals that regularly provide their readers with exciting and interesting information. The emphasis lies in the brewing and beverage industry. The specialized publications are published in German, English, Spanish and Mandarin. A national and an international newsletter as well as an SMS Executive Flash complete the print offer digitally.