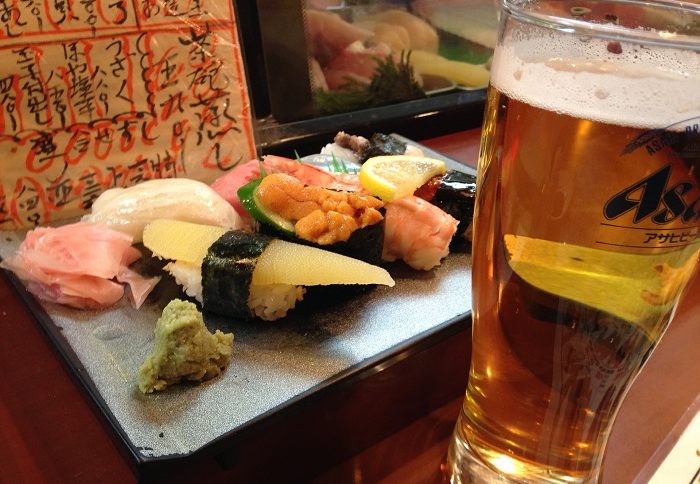 There are currently over 300 microbreweries in Japan. Although many of these are financially tied to larger sake producers, restaurant chains, resorts and hotels. Microbreweries in Japan produce different types of beers including ales, IPAs, stout, pilsner, Weissbier, Kölsch and fruit beers. The popularity of low-cost happoshu, compared to the high cost microbrews, forced a number of early microbreweries out of business. The dominance of the major industrial brewers and the relative high cost and low volume involved in producing micros led to their only being known to a small number of beer enthusiasts.
According to a last year survey undertaken by Tokyo Shoko Research based upon the figures of 77 of these 300 microbreweries, sales of beer by major craft breweries in the first eight months of 2018 rose by 1.0 percent compared to the same period a year before.

With more than 37 percent share of the domestic beer market (based on volume), Asahi Holdings is the largest brewer in Japan. Asahi’s rise to the top started in 1987, after the release of the Asahi Super Dry. This was also when competition in Japan’s beer industry peaked. This period came to be known as the “Dry Wars” (Dorai Senso). The following year Kirin, Suntory and Sapporo launched their own Dry expressions to the domestic market, featuring clever marketing campaigns. Some did better than others, but Asahi reigned supreme.
More than 100 million cases of Asahi Super Dry have been sold every year for the last quarter-century and the accumulated total of cases shipped is well above 3.4 billion.

The launch of Asahi Super Dry turned the company’s business around and enabled it to leapfrog Kirin Brewery Co. as the domestic market leader.

It also gave the company the financial clout to engage in a significant expansion of its business, both at home and overseas.

In the last three years, the Asahi group has been expanding in the lucrative European market, buying a number of breweries from 2016 on. Those included Italy’s Peroni Nastro Azzurro and Pilsner Urquell from the Czech Republic. The deals cost the company US$ 10.9 billion. Overseas business accounted for about 30 percent of total sales in 2018 and around 40 percent of operational profit. However, Asian ventures have produced mixed results for Asahi. The company has backed away from some of its investments elsewhere in Asia, last year selling most of its nearly 20 percent holding in China’s Tsingtao Brewery Co. to Fosun International Inc. for $847 million.

Kirin Brewery is the second largest brewery in Japan in terms of market share. Kirin Brewery sells two of the most popular beers in Japan: Kirin Lager, one of the country’s oldest beer brands which started brewing in 1888; and Ichiban Shibori. Within the happoshu (low-malt) category, Kirin Tanrei is the top seller. Kirin handles domestic distribution for several foreign brands, including Budweiser and Heineken.

Kirin’s brewery also operates in a number of countries through strategic alliances, subsidiaries, and affiliates. These countries include China, Taiwan, Australia, the Philippines, Europe, New Zealand and the United States. The company holds a 100 percent stake in Lion Nathan Limited, a consolidated subsidiary that is based in Australia but has particularly important operations in China. Kirin has a 48 percent stake in San Miguel Brewery, the dominant brewer in the Philippines. Although brewing and related businesses remain the core of Kirin’s activities, the company is also involved in several other sectors: hard liquor, wine, soft drinks, and food products.

With a market share of about 16 percent, Suntory Holdings is the third largest brewer in the country. Established in 1899, it is one of the oldest companies in the distribution of alcoholic beverages in Japan, including Japanese whisky.

The Suntory Group is among the world’s leading consumer packaged goods companies, with an annual revenue (excluding excise taxes) of $ 20.4 billion. The company has business interests in the Americas, Europe, Asia, and Oceania. In 2019, Fortune magazine has named the Suntory Group forth in the list of the World’s Most Admired Companies in the beverage industry.

The fourth largest brewer in the country, Sapporo Breweries Ltd was founded in 1876. Sapporo is one of the oldest brand of beer in Japan. It was first brewed in Sapporo, Japan, in 1876 by brewer Seibei Nakagawa. The company has five breweries in Japan, the Sleeman brewery in Canada, and Sapporo Brewing Company in Wisconsin, USA. The main brands are Sapporo Draft; Yebisu, and Sleeman Cream Ale. Sapporo Premium has been one of the highest selling Asian beer in the United States since Sapporo U.S.A., Inc. was first founded in 1984.

If you’d like to experience for yourself the particular character beer can offer, visit drinktec 2021. Throughout the expansive exhibition space, different beers from all parts of the worldcan be sampled free of charge every day of the trade fair. Drinktec will be held from September 13 to 17, 2021, on the trade fair grounds in Munich.

This article is powered by Verlag W. Sachon.

The publishing house W. Sachon, headquartered at Mindelburg Castle, publishes nine established trade journals that regularly provide their readers with exciting and interesting information. The emphasis lies in the brewing and beverage industry. The specialized publications are published in German, English, Spanish and Mandarin. A national and an international newsletter as well as an SMS Executive Flash complete the print offer digitally.