Famous beer drinkers and their philosophies

The favorite drink of many poets and thinkers, such as Luther, Shakespeare and Hemingway, traditionally has been beer. Their own literature lends many references to the amber nectar — here are the 10 best quotations:

Martin Luther (1483 – 1546): It is undisputed that Luther, the famous reformer and Bible translator, who 500 years ago nailed his revolutionary theses to the door of All Saints’ Church, Wittenberg, was a big beer drinker, even though he liked to keep it a secret. 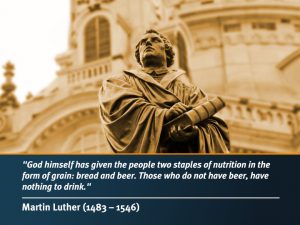 William Shakespeare (1564 – 1616): Regarded as one of the most important playwrights in the English language, whose plays have been performed on virtually every stage around the world, Shakespeare sought out beer not only to quench his thirst, but also to fuel his inspiration. 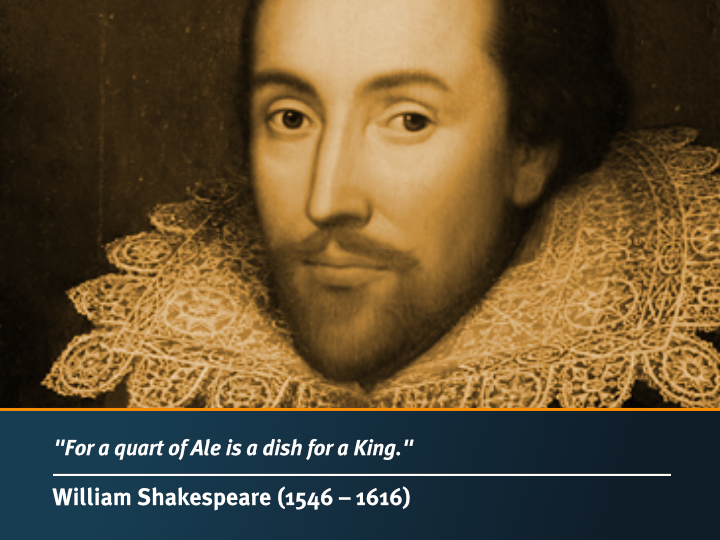 Benjamin Franklin (1706 – 1790): One of the greatest inventors, authors, and statesmen ever to live, let alone one of the Founding Fathers of the United States, Franklin is quoted as having once said: 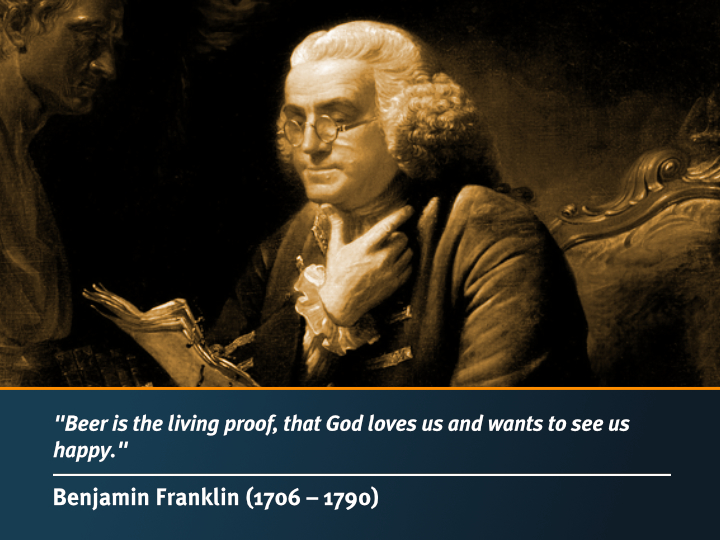 Johann Wolfgang von Goethe (1749 – 1832): Without a doubt one of the most important German poets and thinkers, Goethe’s flashes of genius while under the influence of a good drop of beer led to incredible works of world literature. However, he appeared more fond of drinking than writing, as he is quoted as having said: 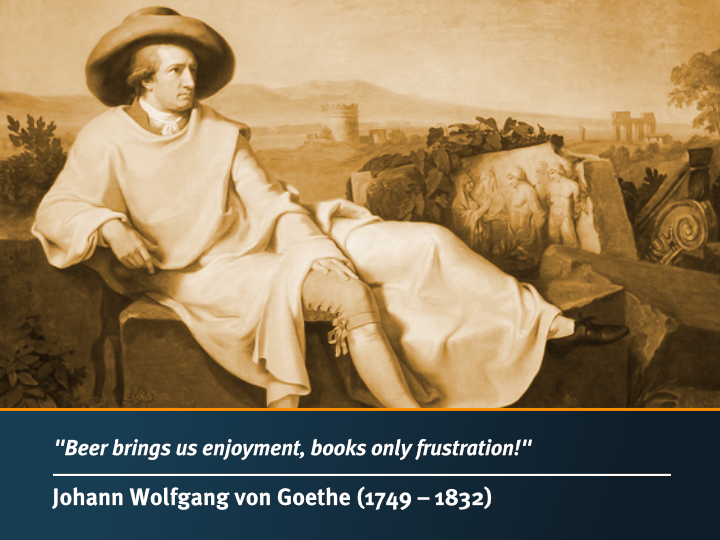 Friedrich Schiller (1759 – 1805): During his time of “storm and stress,” legend has it that the German poet, philosopher and playwright refused to drink water — only beer. The famous dramatist discovered his passion for beer while serving as a military doctor, which exposed him to the brew at a young age. 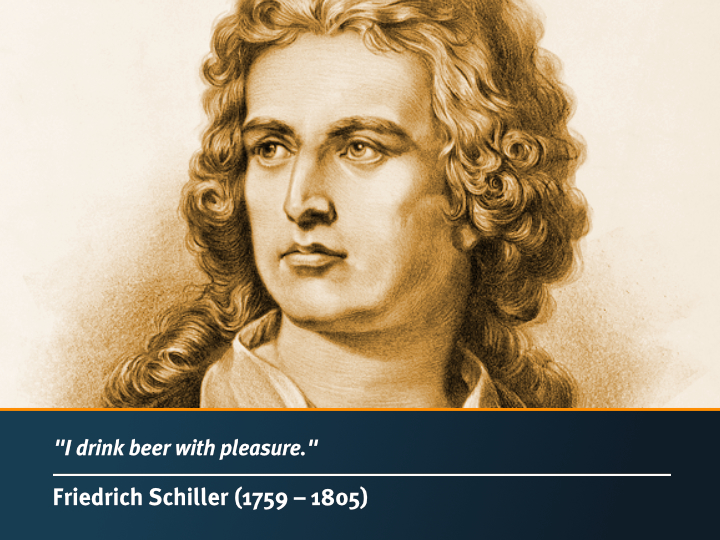 Heinrich Heine (1797 – 1856): One of the most important German poets and the last true Romantic, while Heine spent many years in Paris, and certainly wasn’t averse to wine, his true love was always beer. 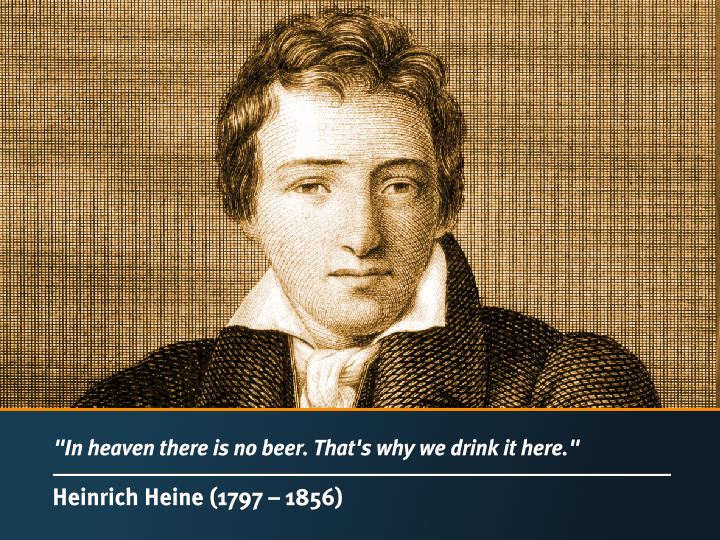 Edgar Allan Poe (1809 – 1849): The undisputed master of detective fiction and tales of the macabre, Poe’s poems paved the way for modern poetry. However, the American writer’s early death is thought to have been solely due to the huge amounts of beer that he consumed. 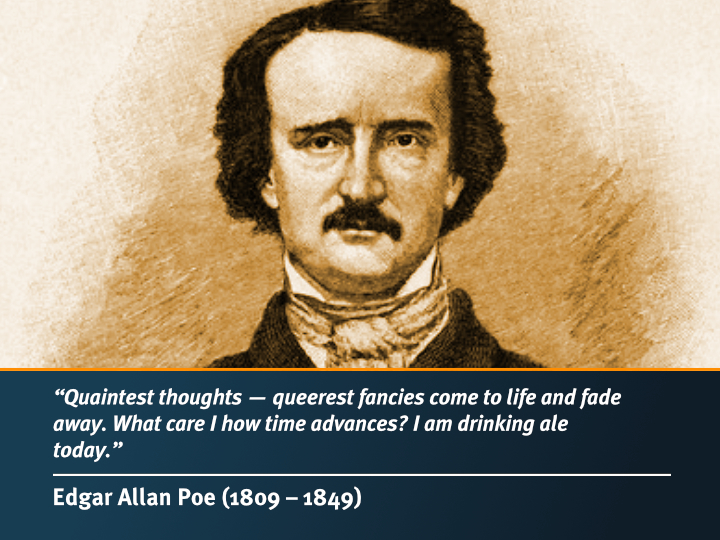 Wilhelm Busch (1832 – 1908): As one of the most humorous poets and illustrators that Germany has ever produced, it was no secret that many of his works came to fruition only after Busch enjoyed a good few jugs of cold beer. He offered the following words of advice to new poets on the scene: 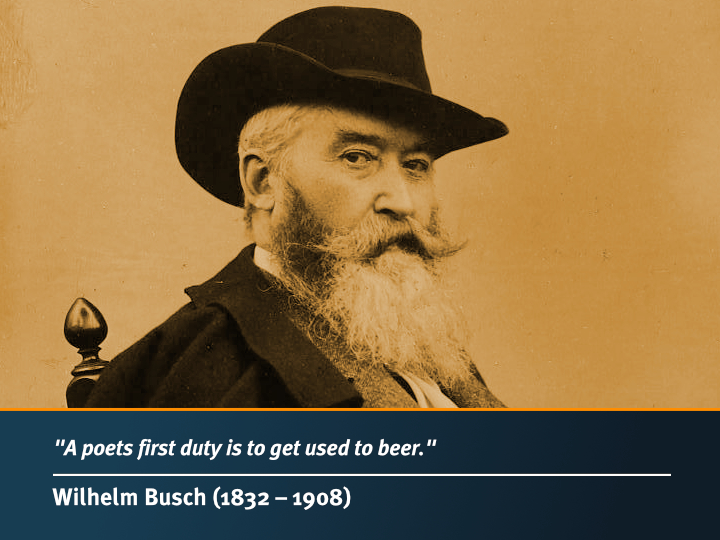 Ernest Hemingway (1899 – 1961): The eminent American writer, who won the Nobel Prize in 1954, was renowned all through his life for being a relentless hedonist with a real penchant for beer. His works feature numerous allusions, quotations and memories involving the amber nectar, including the following: 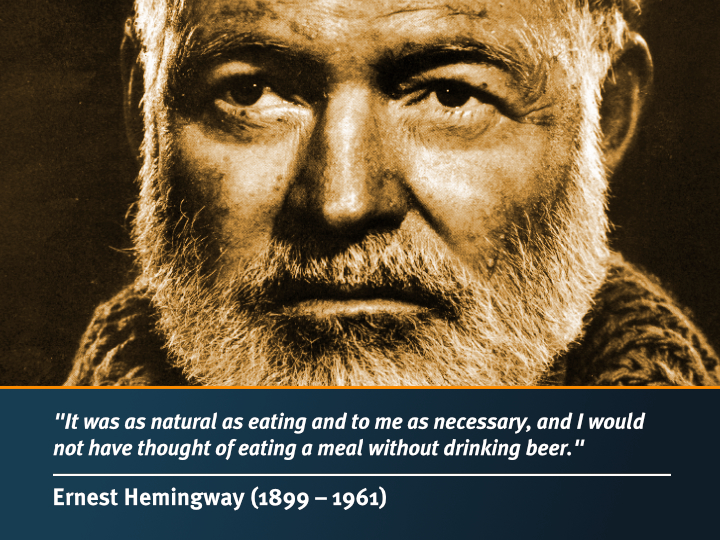 Dave Barry (1947): The American columnist, humorist, best-selling author and Pulitzer Prize winner is a well-traveled man who discovered his love for beer at a young age. 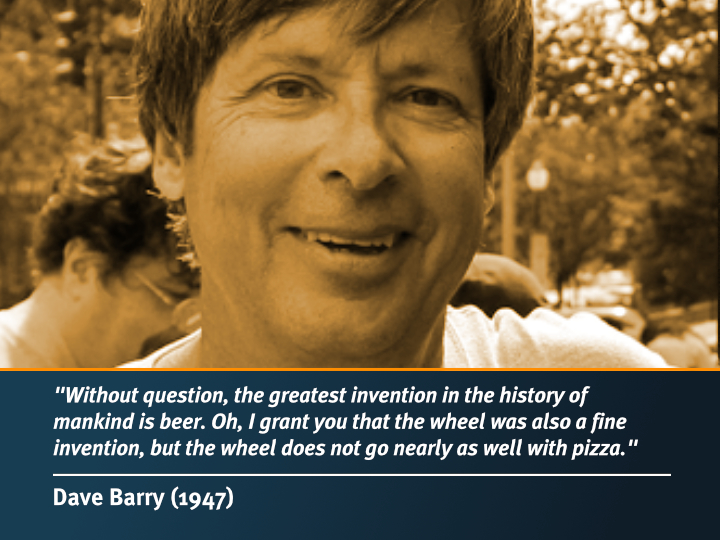